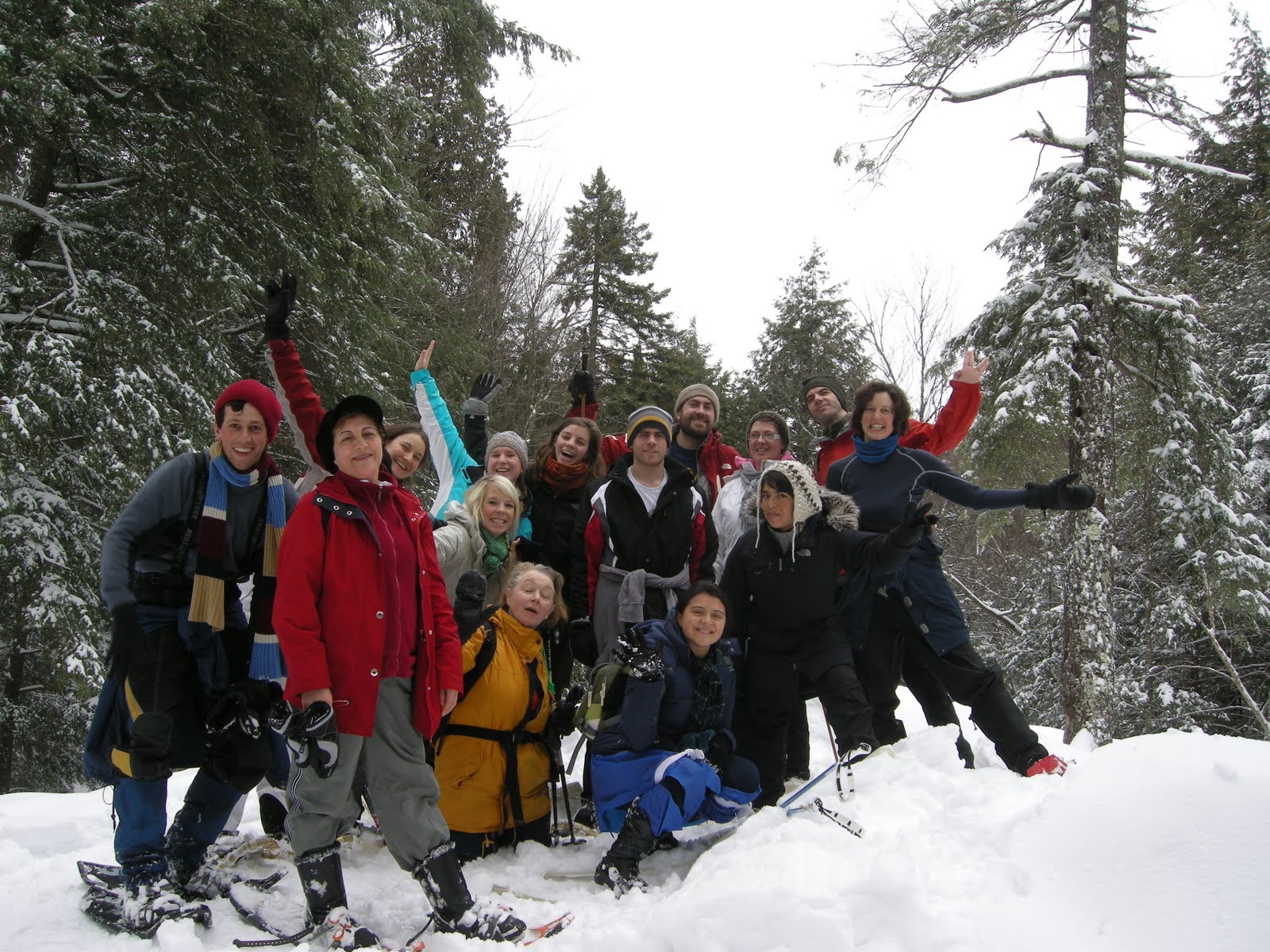 A successful weekend organized by the Association Récréative Milton-Parc! There were 20 of us, from Quebec, Ontario, France, Germany, Belgium, Algeria, USA, Mexico, Hungary and Romania. We spanned many different ages and generations, though most were in their 20s or 30s. We were hosted by the Tamaracouta Scouts Reserve, an exceptionally kind, caring and relaxed institution that was able to graciously handle our many last-minute changes and requests.
After a short drive to the Laurentians, we arrived at the Scouts Reserve. There was tons of snow up there – it is higher up than the surroundings and rather magical at night. We had a ‘mug-up’ – hot chocolate and very sugary cookies in the presence of many young scouts, a foretaste of the Scouts-worthy cuisine and boisterous dining hall atmosphere to come. We met Les, who teaches survival and outdoor skills, and properly introduced ourselves. We all slept in one big rustic cabin with a wood fireplace.
Saturday morning it was snowing, great big flakes coming down fast. Les gave us an introduction to the mentality and gear required for surviving in the woods in Quebec and showed us all kinds of impressive doo-dads, including flint and various fascinating other ways to make fire and heat. Then he took us for an off-trail snowshoe walk, meandering in the woods in the deep snow, pointing out the kinds of features in the forest that help with shelter building, such as shelter from the wind, hills, standing dead trees and bending branches. Our participant from Algeria was so moved by the experience of the deep, fresh snow that she was actually in tears, so grateful to have experienced this in her lifetime as a person who hails from a warm country. Most participants had never snowshoed or skied before.
That afternoon, the snow turned to rain and most of us donned garbage bags as extra protection. Les showed one group his shelter-building techniques – and together, they built a shelter out of branches and snow. My husband and I took another group out cross-country skiing. It was their first time but they were quick learners so we actually got out on some very interesting rustic backcountry trails around the camp. We saw a woodpecker, to people’s delight. The shelter-building group also got out on cross-country skis at the end of the afternoon – a very soggy ski but people were still grateful to try it out. The set up is perfect for beginners, with an easy loop that people can follow on their own.
That evening, most of the group played ‘loup-garou’ or werewolf, an addictive role-playing game that is especially fun in big groups. This continued until the wee hours of morning, when the werewolves were kicked out of the main cabin and kept playing in the dining hall. It was still raining when they went to bed – very messy!
The next morning, we awoke to the miraculous site of new snow that covered all the soggy snow and puddles. We got out for a proper snow shoe hike in the hills behind the lake, and made it all the way to a beautiful frozen stream and waterfall. The stream had just that day started flowing on top of green ice. We also visited a tree house and wooden shelter.
That afternoon, a few people went out for another easy ski and the rest of the group discovered tubing, which was a big hit. Then we drove back to Montreal. A lot of new friendships were formed with people promising to see each other again. 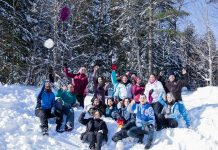 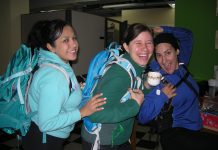 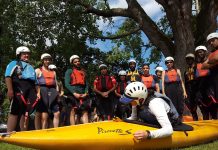 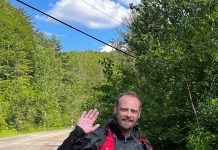 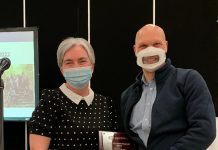