Home Blog Putting your bike on the bus in Laval – and the P’tit... 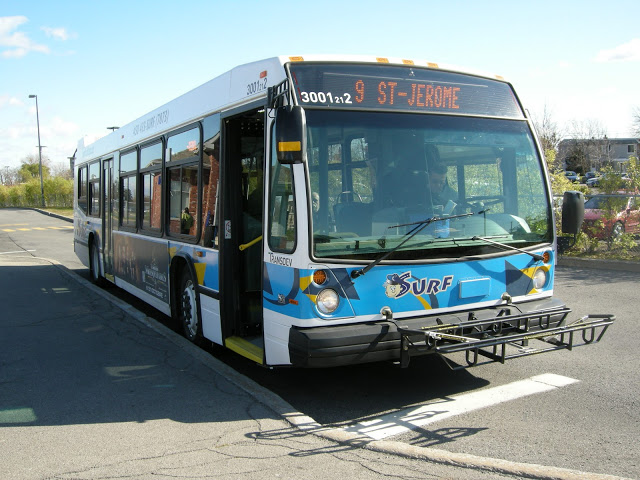 Incredible news, it is possible to put up to 2 bikes on every Laval bus, including the amazing bus 9, that goes from métro Montmorency all the way to St. Jérôme, connecting with the famous P’tit Train du Nord, a 200 km converted railtrack which is now a lovely bike path and cross-country ski path in winter! The only thing is, you’ll have to wait till April because the service is only possible from April till the end of October.

I tested the service but got off before St. Jérôme in Ste. Thérèse. This system works really well and made the whole trip enjoyable as a result! It is easy to put your bike on the orange line and doesn’t cost extra, but be very sure to avoid rush hour as well as the many summer festivals during which it’s not authorized. There are many elevators in the Montmorency metro station which makes it easy. When you get up to the exit, just go outside, and go left not very long and you’ll see all the buses. Bus 9 is fairly frequent and it also doesn’t cost extra to put your bike on. You have to follow directions on the bike rack on the front of the bus to unfold it and hook your bike in. You can do this on any bus, all the time except the service ends at 9:30 pm or 7:30 pm depending on the time of year. Here’s the link to the explanation in French: http://www.citl.amt.qc.ca/velo-bus/_derived/velobus.pdf You can check out the CITL website for schedules. It cost me $4.25 each way, then remember you have to pay $3 cash to get back into the Montmorency metro (or any Laval metro). I paid right in the bus. You’ll need to have exact change.

The Route verte 2 runs through Ste-Thérèse and goes all the way to St-Jérome. It was easy to find in Ste-Thérèse but didn’t correspond to any map I had previously. I found it at the end of the bus station, by crossing the tracks. It is easy to follow, but watch out for a couple of spots where you’ll have to really follow the signs and not just where the bike path appears to go. Then the path runs beside the tracks, and is fenced in – a bit suburban-feeling for this part. Things got rural and nicer around Mirabel. It’s quite flat but slightly uphill and 22 km – quite tiring! Also, the wind was against me in this direction. It took about 2 hours in all. 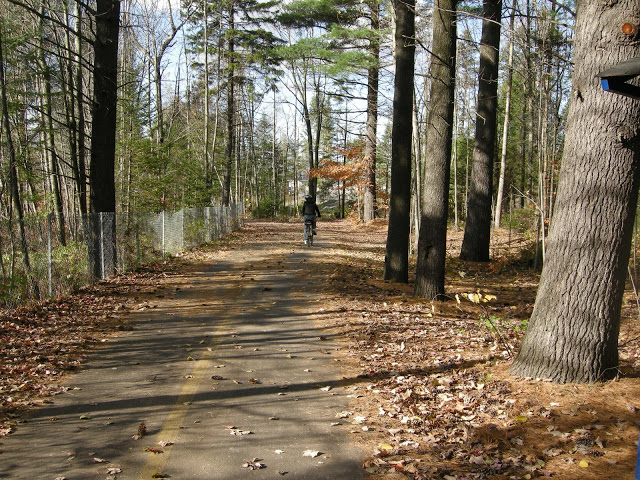 I was thrilled to arrive in St-Jérome where the trail goes right to the current bus station, which is just beside the commuter train (which also takes bikes but doesn’t run when I’d need it) just a few hundred metres from the old historic train station and the beginning of the P’tit train du nord. It really feels like this is the hub of alternative transit – bike paths, ski paths, bike-friendly commuter train and buses all converge here. Amazing! 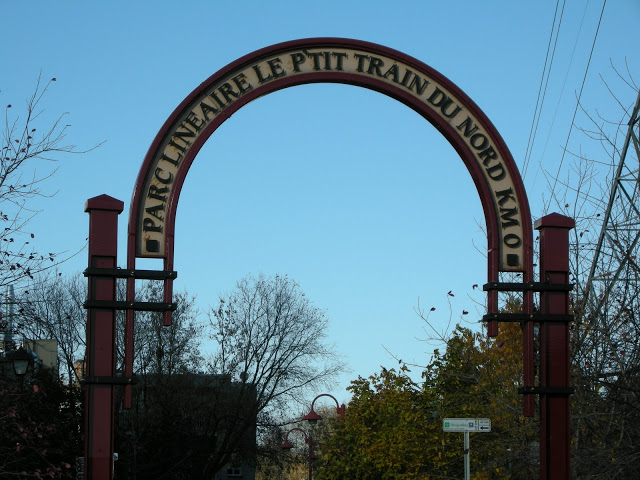 Then the P’tit Train du Nord goes uphill into the Laurentians. Only 16 km till Prévost and great hiking – something to try next season!