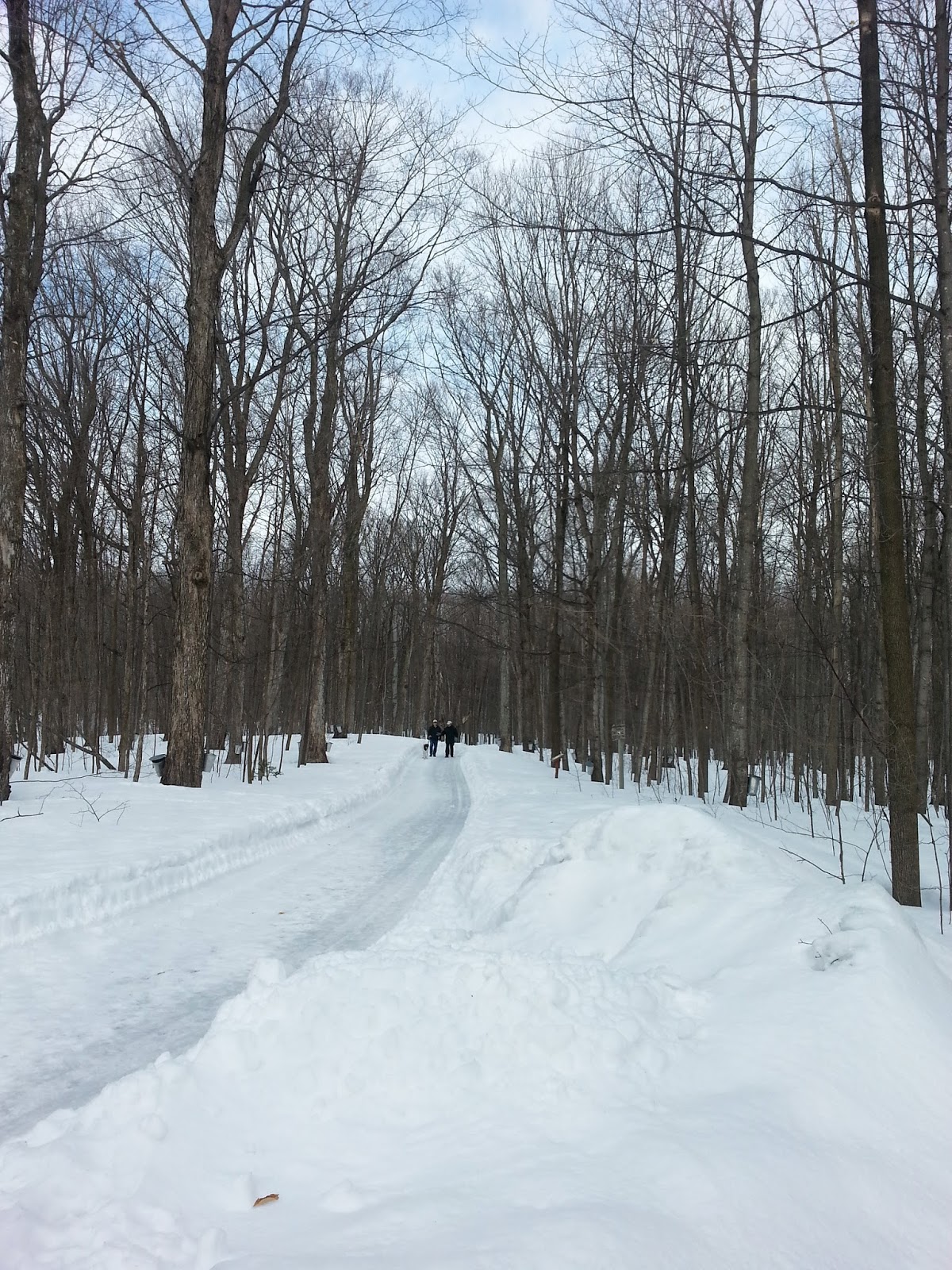 On March 15th, the McGill Canada World Youth Club organised an amazing outdoors day to bring together club members and newcomers to Canada. Here’s a write up of their experience. Thanks so much to CWY for making this amazing event happen!

« Here we are, in our second year of student networking and what do we have to show for it? We have made new friends on campus, consumed hundreds of delicious samosas and just wrapped up our second annual outing with Montreal community-based organization Plein Air Interculturel. From the beginning of the school calendar, the CWY student group at McGill, nimble of mind and body and now an official club (!), held one goal constant, to collaborate with our friends at Plein Air to network with fantastic folks new to Canada and looking for a great time.

The date was set for March 15th, and thanks to the diligent planning of our fine team leader Viv Steele (they say she’s a distant cousin of Clark Kent and can saw through a full grown Redwood with the single stroke of a saw blade) we rallied on that brisk Saturday morning to catch a Montreal transit bus to McGill’s Morgan Arboretum for a day of winter sports (Nordic skiing and snowshoeing) and maple candy indulgence. Our team was comprised of CWY McGill members and new-to-Canada friends from Plein Air. After a quick icebreaker and a thorough rundown of the history of the Morgan Arboretum, sap production and local arboretum legend ‘Johnny’ by our wonderful tour guide Scott, the team hit the trails for an hour to hone their skills at snowshoeing and Nordic skiing. Though I can’t speak for those on skis, I know the snowshoers had their share of snowball fights and races. Legend also has it that of the ninety-four snowballs thrown by group member Chris Hoyos, not a single one connected with its intended target. Way to go Chris. The crew wrapped up their day, trying their hand at the delicious combination of maple candy + snow, on a Popsicle stick. MMMM.

By the end of the day most of the crew was beat, including our resident pony-tailed pal, Sylvan. This young lad managed to fall asleep on the shoulder of a stranger while simultaneously, but accidentally, pushing the “stop” button four times with his head on the transit ride home. Though this experience was initially conceived of as a way to help introduce newcomers in our community to unique ‘Canadian’ experiences, I think all of us at CWY McGill had moments new to us, even if we’ve been around this country for a bit longer than a couple years. It goes to show that intercultural exchange can happen between and within cultures. »